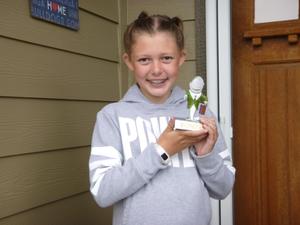 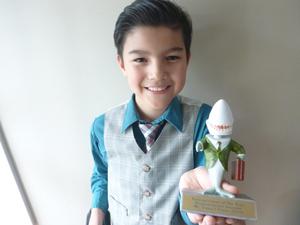 We are so proud of all the Midway Market Sellers for persevering with selling their special products even without a store!
But two students topped the sales.
Here are the details from Mr. Cong:
After our entrepreneur project, "Midway Shark Tank," which began in November, the Midway Market has raised $2557. The project includes making a prototype, cost analysis, marketing and advertising plan, and a final proposal to the Shark Tank. Even with school closure, the fourth graders used social media and telemarketing, making doorstep deliveries, to provide money for Midway Alumni Scholarships. This year's honorary scholarship selector, Miss Brasch, will be announcing the winner before the end of the school year. Two entrepreneur of the year awards went to Kaymyn Comstock for Highest Volume of the Sales with 347 units sold for $694 and Elliott Cong for Highest Gross Income, 323 units sold for $969. In 8 years, the Midway Market project has raised $26,163.94.
Congrats to all!
https://sites.google.com/mead354.org/midway-market-2020/market-inventory